The BMW 5 series is very highly regarded and is often seen as the benchmark for the executive saloon class alongside the Audi A6 and the Mercedes E-Class, and now, a sneaky Swede is planning on crashing the German party, and that Swede comes in the form of the Volvo S90.

This has come about after Volvo have created the new XC90, which they believe has the credentials to go head to head with the likes of the Audi Q5. So obviously Volvo are aiming high and why shouldn’t they? Volvo have come a long way in the last few years, especially in terms of styling. Styling wise, you may expect the S90 to take a fair few cues from the XC90. This would mean the S90’s new look incorporating sculpted headlights, LEDs, and a pretty large grille, see for yourself: 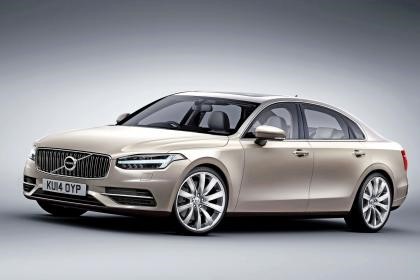 Whilst some things have changed with the S90’s appearance, the body is still pretty much the same as its predecessor. Having said that, the final product may well be different from the picture, so watch this space. It’s not due for a few years, so don’t hold your breath waiting to see what is going to look like. It will probably replace the Volvo S80.