We have our hands on some Fabia Teaser pictures today! With the 2014 Paris Motor Show on the horizon car companies are wetting our appetites with sneak peaks and previews all over the place. Today its Skoda’s turn! They have released a puzzle of images of the new Fabia, none of which show the car in its entirety. Apparently Skoda are aiming to bring the Fabia into the ranks of the more upmarket VW Polo and Ford Fiesta with this latest carnation. 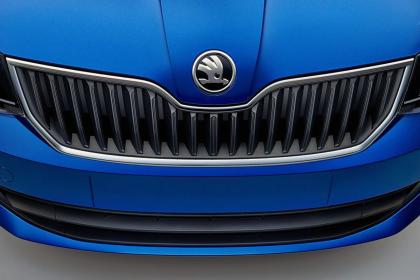 From this picture, some things stand out! Firstly it looks as if the grill is chrome wrapped, the badge is different and a little more sharp. Lastly, the chisel work on the bonnet looks much sharper and prominent, though that could just be the angle. Nevertheless we like what we see! If the Fabia was considered the unattractive sibling of the Superminis, Skoda are trying to change that here. 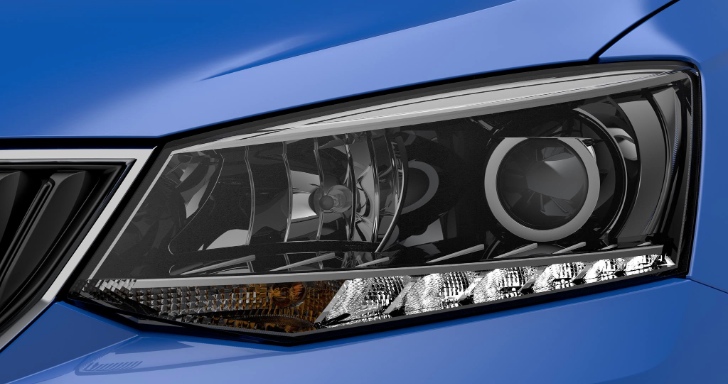 Here is another Fabia teaser Skoda have released, it shows you the new headlights which appear to have its daytime running lights installed in a strip along the bottom with some bloggers claiming the headlight is exactly the same as the headlights on the Volkswagen Polo. Anyway, keep an eye out, as we expect to see an image of the whole car soon.