Hello again everyone! It’s been about a month since I last posted so I thought I should make an effort to keep this blog up to date. A lot has happened in April! Somebody drew a willy around a pothole, Jeremy Clarkson has upset someone and hybrid cars are growing in popularity. So briefly, lets have a look at what April has provided for the auto industry.

A few days ago the Driver Power results were published, and it is good news for the environmentally conscious  among us. For the first time ever British drivers have voted a hybrid car in first place! If that wasn’t enough, 2 more spots in the top ten are reserved for two electric cars! Each cars success has mainly been chalked down to the fact that they offer such good running costs. The car that took the top spot was the Lexus IS which got an overall satisfaction rating of 93.96%, whilst the Lexus IS can come in normal diesel/petrol form it was found that 75% of all the owners who took part in the results owned the eco-friendly hybrid version. Another Lexus, the Lexus NX, which can also be sold in hybrid form came 6th.

The electric vehicles that featured in the top ten were the Renault ZOE which achieved fifth place and the Nissan LEAF which came in at 8th. The Renault Zoe is a car I can vouch for, since 2013 my wife has owned a nearly new second hand Renault ZOE and I have had the pleasure of driving it every now and then. The ZOE Scored a 92.87% satisfaction rating, which goes to show how cars are coming on each year with last years winner, the Skoda Yeti only receiving 92.78%.

Another news story from April that had me laughing was the of a street artist in Manchester! He/She has grown tired of pot holes, and helped jog the councils memory on why we pay road tax. They have also kindly marked the parts of the roads that could do with their attention. He has done so by drawing pictures of penis’ around the potholes and tagging them with the name “WANKSY”.

Another huge event this month was of course the Jeremy Clarkson/Top Gear Saga which is still going on now. James May has come out and said that he wouldn’t do the Top Gear show without Clarkson. Meanwhile Jeremy Clarkson repeatedly takes shots at BBC on his Twitter. It seems that Top Gear as we know it will be no more! So you will have to look elsewhere for your middle aged men crashing second hand Volvo V60 kicks. Whilst it has been on going since late march we imagine there will many more developments. I very much doubt we’ve seen the last of them! Many broadcasting companies will be rubbing their hands together with the idea of relaunching the popular show with its original trio 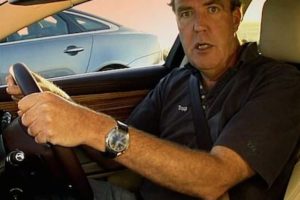 Renault have had to callback the Renault Captur so if you are looking in to get a second hand Renault Captur that is probably something you should bear in mind. Earlier in April we heard news from Jeep and I’m still not sure whether it is good news or not. It was announced that Jeep would be getting rid of the Jeep Compass and the Jeep Patriot. I’m not too fussed about the Jeep Compass in the slightest but I am very upset about the Patriot. The idea that from 2016 I will only ever be able to buy a second hand Jeep Patriot is depressing. However I am intrigued to see what they replace it with.